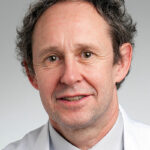 Dr Jean Bourhis, MD became Professor of Radiation Oncology at the University of Paris in 1999 and from 2002 to 2012, he has been Chairman of Radiation Oncology Department at the Gustave Roussy Institute in Paris, one of the most luminal Cancer Center in Europe. Pr Bourhis authored more than 350 publications, and is a world class expert in oncology and radiation oncology, along with a prominent expert for head-and-neck cancers. He has been principal investigator of numerous large clinical trials in head and neck oncology and coordinated several large-scale international collaborative meta-analyses, whose contributions have been recognized worldwide. He is also Chairman of the GORTEC, a well established international cooperative group for clinical research in head and neck oncology. Beside his clinical activities, he has a major interest in Laboratory and Translational Research in radiation-biology. He spent a year at the Gray Laboratory in London and obtained a PhD in Molecular Oncology in 1992 at the University of Paris and in parallel with his clinical activities he has been director of a research laboratory for more than 15 years (INSERM 10-30 in Paris). From 2009 to 2011, Pr Bourhis also served as President of the European Society for Radiation Oncology (ESTRO) and President of the ESTRO Cancer Foundation until 2013. Since 2012, Pr Bourhis joined Lausanne University hospital as chief of the Radiation Oncology Department and is the up-coming President of the Swiss Radiation Oncology Society (SASRO). He is currently leader in the FLASH Therapy program, a ground breaking innovative radiotherapy remarkably sparing healthy tissues while being more effective on tumors. He recently treated successfully a first patient with this technique at Lausanne University hospital.